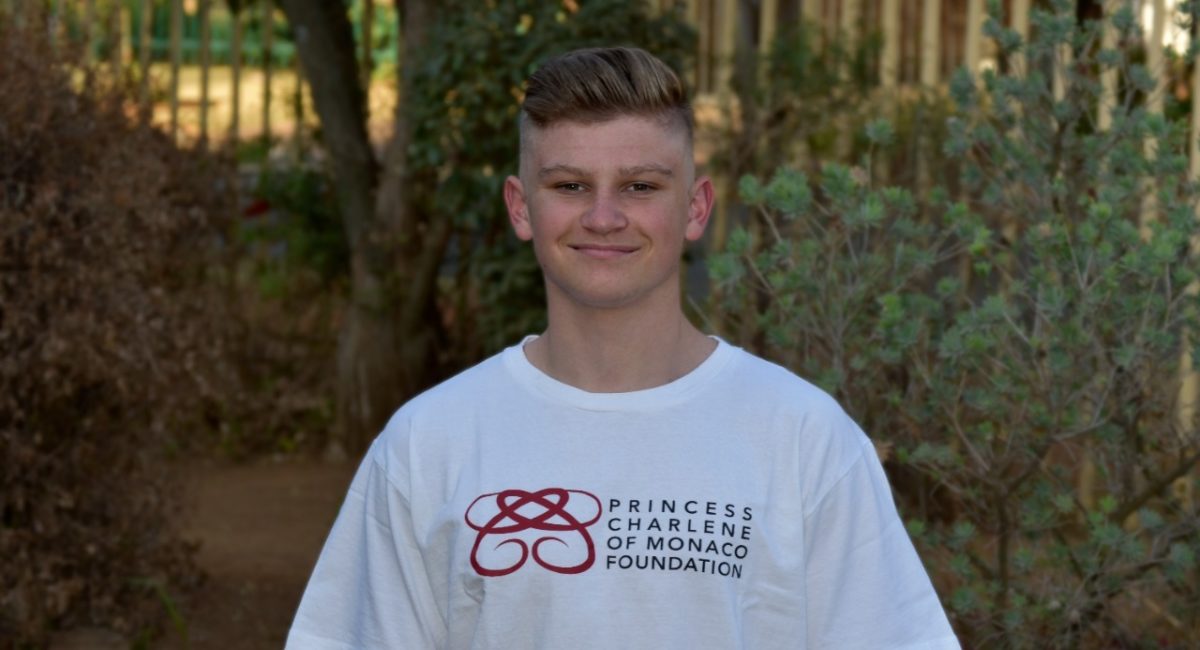 Kaiden Keyser is the new youth ambassador for the Princess Charlene of Monaco Foundation South Africa.
He is a South African National BMX racer with countless awards over 11 years of racing BMX. As a #ChasingZero ambassador, his love for animals shines in everything he does.

Kaiden has raced from the tender age of five and is the five-time National Champion in South Africa and three-time African Continental Champion. He competed in the 2013 UCI World Championships in New Zealand at the age of eight!

The Lion and Rhino Park track is one of Kaiden’s favourite race tracks. He says, “I am as passionate about animals as I love racing BMX. BMX isn’t just a sport, it’s a passion. Every BMXer out there knows what I’m talking about when I say it’s the best feeling when you go to the track, smell that nasty old dust, look at all the happy faces and families, laughing and smiling. You slip your helmet on, get on the gate, and to hear that cadence fall is something you would never trade for the world.”

Kaiden started riding BMX with his best friend, who built a mini BMX track around the corner from where they stayed. He was there every day on his oversized BMX until he raced his very first race in Germiston, where he placed first by a couple of bike lengths! Kaiden says, “That day, I knew that BMX racing was the career for me. I went on to be Top SA and Continental Champion in my age group.”

The “Learn to Swim” and “Water Safety” programmes have been implemented around the world. These programmes are aimed in particular at children who are disadvantaged or at risk of drowning due to their environment. The Foundation’s actions are also based on the values of sport such as discipline and team spirit. The “Sport & Education” programme is based on sports activities in order to contribute to the well-being and development of children.

Since the creation of the Princess Charlene Foundation in 2012, more than 730,000 people, particularly children, have benefited from these three programmes in 34 countries.

Thank you in advance for supporting our Foundation. We look forward to honouring and acknowledging your contribution as we aim to reach 2m children, expand into Africa, improve our environment and facilities, and teach underprivileged kids to swim.